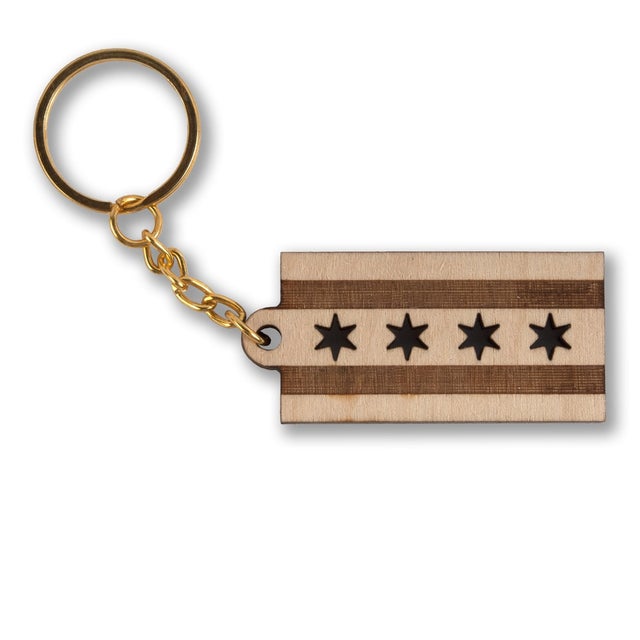 Long known for its ability to establish new frontiers, overcome adversity, reach new heights and inspire technological innovation, Chicago has long been known as the "City on the Make." The Chicago Flag Wooden Keychain is proudly manufactured in Chicago and serves as an homage to our city's illustrious history. Each six-pointed star represents a significant turning point for our city, including the establishment of Fort Dearborn, the Great Chicago Fire, 1893 World's Fair and 1933-34 Century of Progress International Exposition. The white stripes represent the North, West and South sides of the city. The top blue stripe represents Lake Michigan and the North Branch of the Chicago River. The bottom blue stripe represents the South Branch of the Chicago River and the Chicago Sanitary and Ship Canal connecting the Great Lakes with the Mississippi River. The six points of each star represent a unique historical designation or value the city has embraced since it's early beginnings in the late 18th Century.

The Chicago Flag Wooden Keychain is laser etched in house and features knockout six-pointed stars, giving it a unique texture and feel. Proudly manufactured in the City of Chicago itself, this keychain will be sure to remind you of the city you know and love best.